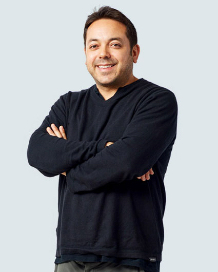 A CVA is suitable for a company that is generating profits but is unable to meet historic debts and will usually be proposed to enable a better return to the company's creditors than if the company ceased to trade and it was placed into liquidation. Continuing to trade also enables the business to continue for the benefit of its directors and shareholders and also means the majority of, if not all, its employees retain their jobs.

A construction company that had traded successfully for a significant time had encountered difficulties over recent years which led to losses being incurred and significant liabilities mounting up that it could not meet. When meeting the directors initially, they advised they considered the company was trading profitably, but it could not afford to repay the full debt in a reasonable period of time. It was therefore insolvent as a result.

Forecasts were prepared to show what profits the company could generate over a period of 5 years. These forecasts were used as the basis of a proposed CVA. i.e. the profits/surplus cash would be paid into the CVA and then distributed to its creditors.

While the forecasts were being prepared, key creditors who had been pressing hard were contacted and the position explained to them. They agreed to hold off any action whilst the CVA proposal was prepared. In one case this involved persuading the creditor to adjourn a winding-up petition hearing.

The proposal for the CVA was prepared and all of the company’s critical suppliers and customers were consulted. It was clear the CVA would be the best alternative for them but it was essential that these particular firms continued to trade with the company, otherwise the CVA would not be viable.

The CVA proposal was voted on by creditors and was overwhelmingly approved. In order for a CVA to be approved it is necessary for 75% of the creditors voting on the proposal to accept its terms. The company made a monthly payment into the CVA for several years. This enabled regular dividends to be paid to the company's creditors which far exceeded the return that would have been likely if the company had been liquidated.

The company did, however, encounter some further trading problems at approximately year 3 which meant the original CVA which was proposed became unviable. Sometimes trading circumstances change due to factors which cannot be foreseen at the outset. It was possible, however, to alter the terms of the CVA at this point in time by asking the creditors to approve a variation. As a result of the variation the CVA completed successfully and the company continues to trade to this day. The total sums returned to creditors, including HMRC were significantly higher than if its assets had been liquidated. The employees retained their jobs and the company continues to trade with its creditors and has been able to pay its taxes to HMRC.